You are here: Home1 / Friends 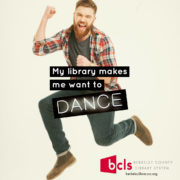 The Berkeley County Library System’s Strategic Plan is centered on improving the customer experience and removing barriers to their services and resources. Since 2015, BCLS has worked to identify obstacles that prevent customers from using the library. Some of their latest improvements include virtual library cards, online meeting room booking, and automatic renewals.

When Berkeley County Library System composed their strategic plan in 2015, one of their primary focuses included evaluating how and why something was done and looking for ways to make it easier for customers to use their services. Many strides to improve their processes included things like removing fees such as the $2 fee for “Internet-only” library cards, expanding their services such as adding the popular online learning platform Lynda.com and incorporating new ways for customers to go digital.

Several new processes have been launched to continue these efforts:

The library will now automatically renew materials for a customer if that item is eligible for a renewal and another customer is not waiting on it. Customers will no longer have to stress about calling or running to the library to renew a book they are still reading or a movie they have not watch yet! This should also save money for customers who end up having to pay small fines for keeping their library materials a few days past their due dates. When an item is coming due, we will renew it for customers automatically so they won’t lose time, as items renew from the previous due date for another full loan period. If we have an email address, the customer will get a notice that says what renewed, what didn’t, and the new due dates for their items.

Also in May, BCLS launched a new online booking service for customers to reserve a meeting room or study room at one of their 6 branches as well as requesting the mobile library for a special event or new community stop. Booking a meeting room used to entail calling a specific library branch to make a reservation. Now customers can do it with the click of a button. The library’s meeting rooms are available for after-hours meetings but some restrictions do apply. A complete list of these restrictions can be found online at berkeleylibrarysc.org/library-services. A meeting room digital kiosk kit is also available for presentations.

BCLS is now accepting credit cards in all of their library branches. We hope this change will make it easier for customers to use our services such as printing and faxing and paying late fees.

No longer is the library just a warehouse of books, in addition to the improvements above, Berkeley County Library System has also worked to add more digital services and products such as Chromebooks and Wi-Fi hotspots that customers can check out to use at home, preloaded learning and video tablets designed for kids to learn on the go without the need for Wi-Fi, and a new movie/TV hotspot device that allows customers to enjoy 15 hours of entertainment without using Wi-Fi or data. If you have not visited one of our libraries in a long time, we encourage you to stop by or check us out online at berkeleylibrarysc.org to see all the amazing products and services we now offer. 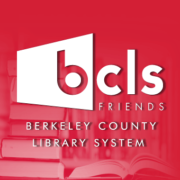 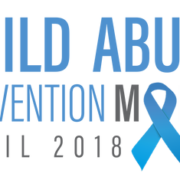 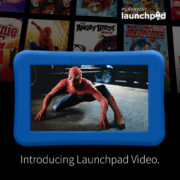 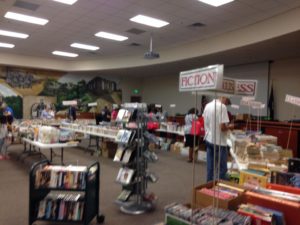 The Friends host community book sales to help raise funds for the libraries. This is a great opportunity to take advantage of being a Friend with a special sneak peek for Friend’s members.

Join the Friends of the Library and Make a Difference in Your Community!

As Berkeley County and the Berkeley County Library System continue to grow, it is even more important for the Friends of the Library to grow with them. With this in mind, the Friends of the Library are working hard to plan more events, fundraisers, and special projects to help support the 6 BCLS libraries, mobile library, and the forthcoming new Cane Bay Library, which is expected to open in Fall of this year. We have established new committees and committee chairs to allow members to focus their talents and time on an area that means a lot to them.

Why join the Friends?

Support from our members and other generous donors has enabled BCLS to offer special programs that have a huge impact on our community.  While public funding supports basic library operations, support from the Friends allows the library to do more for their customers.  It’s what makes the difference between a good library and a great library.

Money is raised through membership fees, donations, Friends’ book sale shelves at each library, and special fundraising events. Funds from the Friends help support programs and initiatives for children, teens, and adults including the Summer Reading Program for all 6 BCLS library branches and the mobile library.

The Friends of the Berkeley County Library, Inc. is a 501(c)3 organization.

How can you be a Friend? 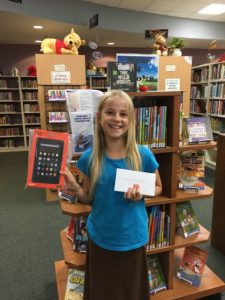 The Friends support and help fund the Summer Reading Program every year which includes paying for special programs like a Magic Show and Theatre Group, providing medals and t-shirts for children who complete the program and funding the grand prizes for special winners such as a reading tablet.

Whether through a monetary donation or a gift of time and talent, you can make a difference. Our memberships begin as low as $10/year starting in the month you join.

Become a friend! If you are not a member or you need to renew your membership. Please consider becoming a member of the Friends or encouraging others to join. There are membership envelopes available at the all BCLS library branches; you can also join through PayPal online on our website.

Volunteer at an event or fundraiser! Check our website, sign up for our monthly e-newsletter, or contact our Volunteer Coordinator, Kim Ward at foblcs@gmail.com, to see what events are coming up and how you can help.

It feels so good to be a Friend!

As a member of the Friends of the Library, you will be rewarded in a thousand ways every year – with hundreds of children’s smiles as they receive their Summer Reading t-shirt and medals, the sincere appreciation from library staff for your support, and the satisfaction of knowing you make a difference to one of Berkeley County’s most important resources. 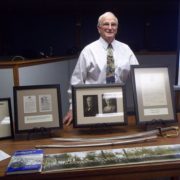 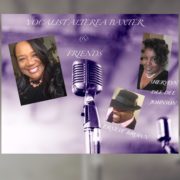 Join vocalist Alterea Baxter and friends for a special performance with the Berkeley County Library System. They will be singing classical R&B, Jazz, and Soul.

Vocalist Alterea Baxter, of Charleston, SC, has been capturing her audience for thirty-five years. Alterea’s appeared on Lowcountry Live as a guest performer with JBS R&B Duo. Alterea can be seen performing with various local bands such as True Concept Reggae Band where they participated in “Save More Kids” Annual Galla 2016. Alterea can be seen performing as “Vocalist & Friends” consisting of Sherylyn (Dee Dee) Johnson, Ernest Brown & Terrence Bryant.

Alterea has also been a guest performer for Fall Reggae Feast 2016 at Music Farm in Charleston, SC.

She enjoys singing Jazz, R&B, Reggae, and Blues as well as Country. Alterea has been groomed in her vocal abilities by the late Mrs. June Bonner of the Dock Street Theater in Charleston, SC. Alterea has put her vocal style to use with various musical leaders such as Joey Morant, Howard Brown, Oscar Rivers and various artist in the Low Country. You can see her at many local venues in Charleston as well as Little Italy Restaurant in Savannah Georgia, My place/Gulla Quezin, sharing her passion for music with others as well as promoting events with her manager. Terrence Bryant of TNT Entertainment. 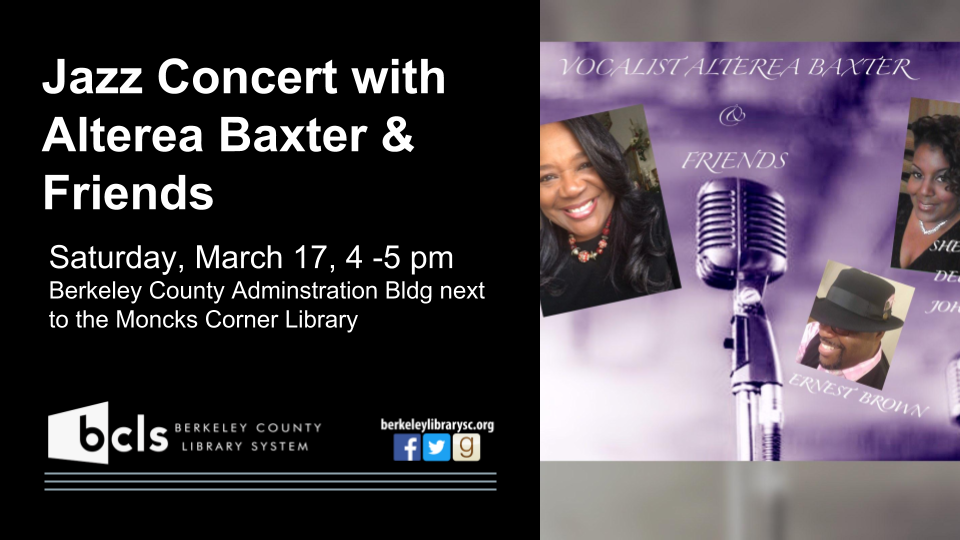 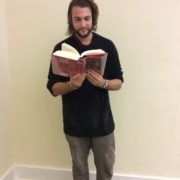 We Are A Family 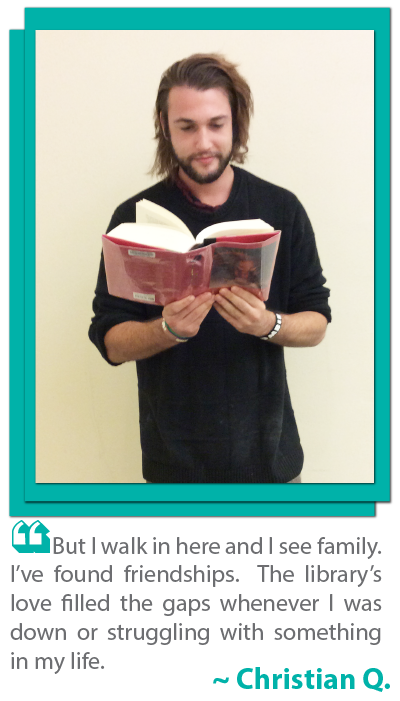 Here at BCLS we often think of our staff and employees as a family but we love to know our customers see us in the same light. BCLS is family!

“Where do I begin? Simply put, this lottery of kind people who work at the St. Stephen Library are amazing, and so are the people who come and go. As I am in here every day, I always know they’ve returned. This library has been there for me in tough times. When I was browsing the web, or picking out a good read, often I was always going through so much. But I walk in here and I see family. I’ve found friendships. The library’s love filled the gaps whenever I was down or struggling with something in my life.

I walk in and get smiles all around. Someday, I plan to get kissed by my girlfriend underneath the stars at a Movie Under the Stars. Holidays here are just amazing, so much fun! The things I’ve learned here at this library are simple: stay uplifted, stay knowledgeable, and spread the love. Thank you to all the workers here, and thank you, my library, for holding all of us together.”