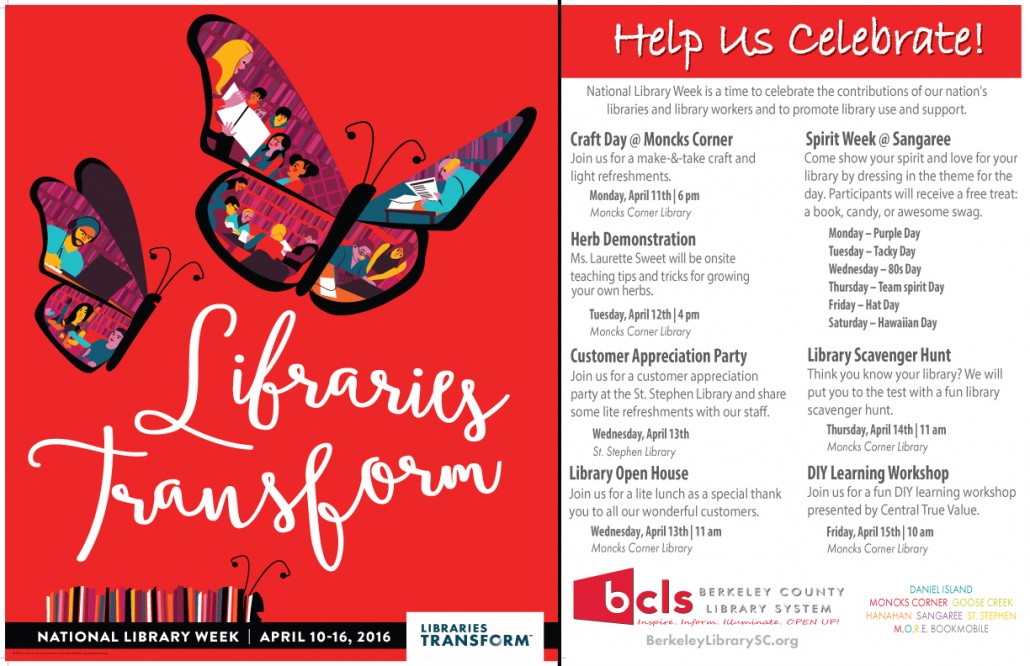 National Library Week (April  10 – 16, 2016) is a time to celebrate the contributions of our nation’s libraries and library workers and to promote library use and support. From free access to books and online resources for families to library business centers that help support entrepreneurship and retraining, libraries offer opportunity to all. The theme for 2016 National Library Week is “Libraries Transform.”

First sponsored in 1958, National Library Week is a national observance sponsored by the American Library Association (ALA) and libraries across the country each April. It is a time to celebrate the contributions of our nation’s libraries and librarians and to promote library use and support. All types of libraries – school, public, academic and special – participate. Gene Luen Yang is an award-winning graphic novelist and the 2016-2017 National Ambassador for
Young People’s Literature. His 2006 book, “American Born Chinese,” was the first graphic novel to be a
finalist for a National Book Award and the first to win the American Library Association’s Printz Award.
It also won an Eisner Award for Best Graphic Album. Learn more at geneyang.com.

Number of Libraries in the United States

The Nation’s Largest Libraries. A Listing By Volumes Held