Looking for something new? We have selected a few noteworthy titles to feature for audiobooks, digital media, dvd, and large print. 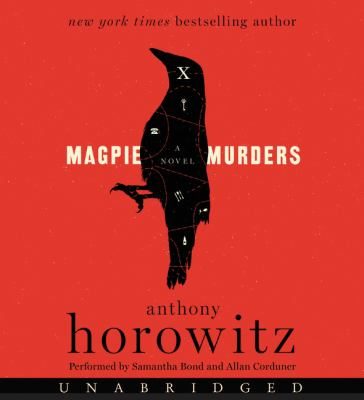 “Magpie Murders is a double puzzle for puzzle fans, who don’t often get the classicism they want from contemporary thrillers.” –Janet Maslin, The New York Times

When editor Susan Ryeland is given the manuscript of Alan Conway’s latest novel, she has no reason to think it will be much different from any of his others. After working with the bestselling crime writer for years, she’s intimately familiar with his detective, Atticus Pund, who solves mysteries disturbing sleepy English villages. An homage to queens of classic British crime such as Agatha Christie and Dorothy Sayers, Alan’s traditional formula has proved hugely successful. So successful that Susan must continue to put up with his troubling behavior if she wants to keep her job.

Conway’s latest tale has Atticus Pund investigating a murder at Pye Hall, a local manor house. Yes, there are dead bodies and a host of intriguing suspects, but the more Susan reads, the more she’s convinced that there is another story hidden in the pages of the manuscript: one of real-life jealousy, greed, ruthless ambition, and murder.

Masterful, clever, and relentlessly suspenseful, Magpie Murders is a deviously dark take on vintage English crime fiction in which the listener becomes the detective.

“Silver Silence is a new chapter in the Psy/Changeling series. As the world tries to adjust after a peace accord, Silver Mercant takes center stage. As head of an aid organization reacting to rampant terrorism, she’s an obvious target. But Alpha Valentin Nikolaev has already decided she’s his to protect. Valentin and Silver start tracking down deadly shadow factions that want to undermine the Trinity Accords. Diverse and fascinating world-building is on full display along with a bumped up level of humor in the face of adversity.”

“Skip Gates invites viewers to discover the complexity, grandeur, and diversity of the great civilizations that once flourished across the African continent…” 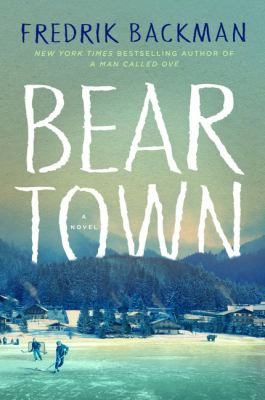 “Backman’s most complex novel to date takes place in the small, hockey-crazed village of Beartown.  He deftly weaves together the stories of the players, the coaches, the parents, and the fans as Beartown’s hockey team chases its dream of winning a championship.  Weighty themes are explored.  How high a price is too high for success?  How deadly is silence?  Who can you trust with your secrets?  How far will you compromise your beliefs in the name of friendship?  There are no easy answers.  A great book club choice.”